“Outsiders” is a behind-the-scenes feature documenting the extraordinary rise of the Western Bulldogs AFL team. Director, Adrian Brown follows their journey from underdogs in crisis at the start of 2015 to Grand Final Premiers in 2016 in the ultimate sporting fairytale. 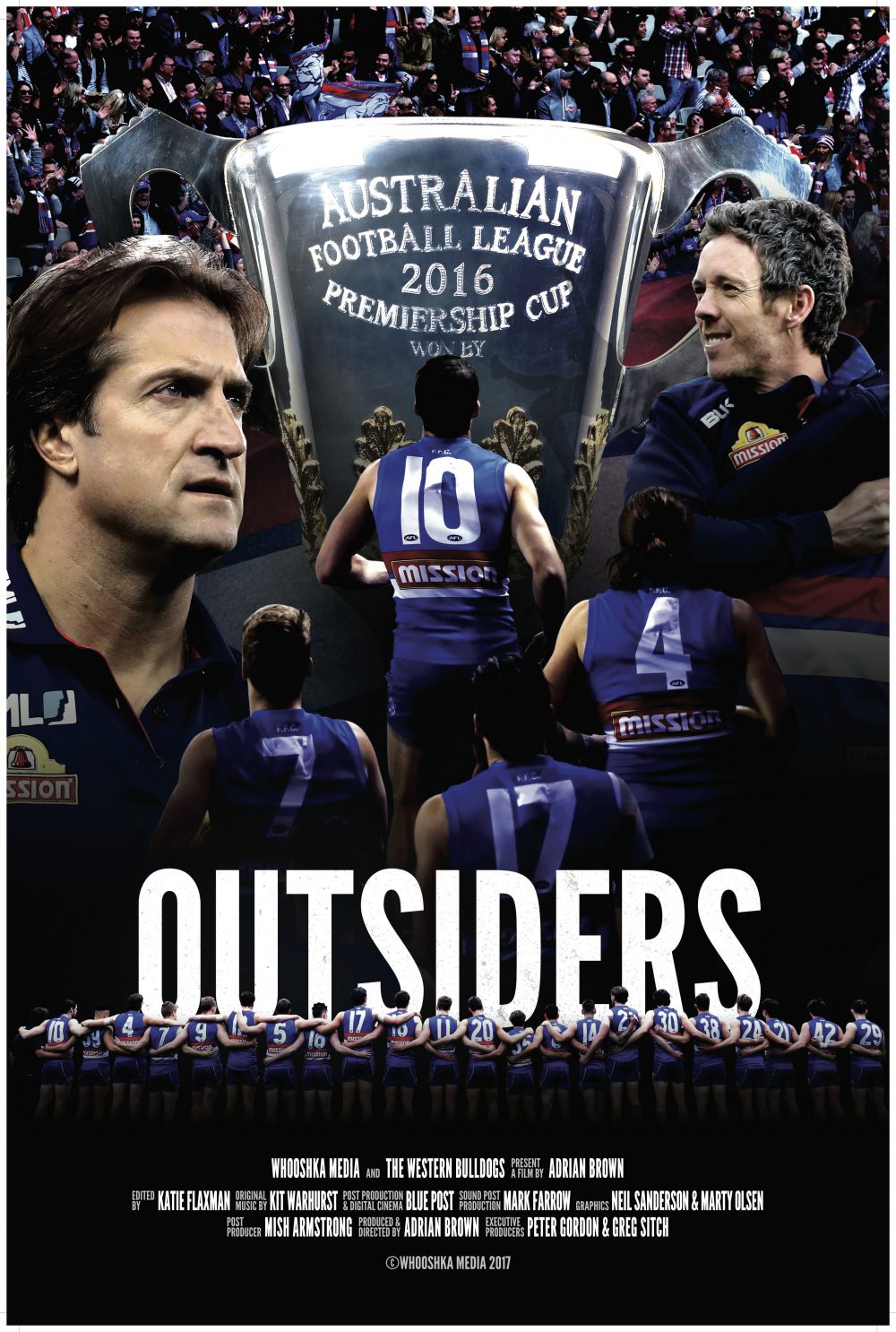